AudioControl (audiocontrol.com), makers of innovative high performance audio solutions for the residential, commercial and automotive markets will be offering training seminars in CEDIA Booth 3728 to benefit attendees. There will be two different seminars offered within 30-minute blocks including time for Q&A. Open to all attendees, these high-value sessions will provide integrators with insights into delivering the finest tailored sound for each client.

All rooms are not created equal….but do your clients know that? Attendees of this class will be introduced to the Dirac Live digital room correction system that is utilized in all AudioControl Home Theater Receivers and Pre-Amp Processor. Using Dirac Live, dealers can confidently maximize the audio performance of each client’s listening room, despite acoustical challenges and less than ideal speaker locations. Products also discussed will be AudioControl’s complete line of Dolby Atmos-ready theater receivers, processors, and high power multi-channel amplifiers.

In this class we will provide an overview of AudioControl’s new IP controllable DSP-based amplifiers, The Director “M” Series. These powerful amplifiers not only deliver great sound quality but also provide the integrator with graphic and parametric equalization control, custom speaker profiles and pre-amp signal routing plus volume control on a per source basis. Great for system designers and programmers seeking to deliver the ultimate entertainment experience. 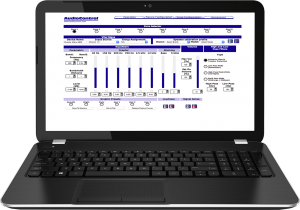 Seattle, WA, August 17th, 2016 – AudioControl (audiocontrol.com), makers of innovative high-performance audio solutions for the residential, commercial and automotive markets has announced a new industry alliance initiative called the AudioControl Sound Partners Program. The objective of the Sound Partners Program is to work with industry-leading architectural speaker manufacturers in order to implement performance profiles defined by their engineers which, when stored in the DSP onboard the AudioControl Director M-Series of high-performance 8 and 16-channel amplifiers, creates the ultimate whole-house entertainment/commercial audio platform for professional integrators.

Four prominent architectural loudspeaker manufacturers have joined the Sound Partners Program— Origin Acoustics, James Loudspeaker, Triad Speakers and Stealth Acoustics. Each company has provided critical performance measurements to AudioControl, enabling tailored profiles to be created and stored in software form. “With today’s superlative loudspeaker designs, we acknowledge that products from these brands would likely require little if any fine-tuning in an ideal environment,” explained AudioControl CEO Alex Camara. “However when you factor in individual room acoustics for each home, these speaker profiles achieve an important step in providing the custom integrator the tools to deliver a premium entertainment experience by calibrating the systems for their clients. Together with the DSP capabilities in The Director M-Series amplifiers, AudioControl gives integrators the most efficient means to make that happen while differentiating themselves in a competitive market.”

The matrixing capabilities of the Director M-Series allow any of eight analog or two digital inputs to be routed to any zone output. The 2U M-Series M6400 and M6800 includes two digital SPDIF inputs plus two SPDIF outputs that are tied to the matrix so that any one of the input sources can be routed through the digital outputs. These digital outputs can then be connected to the digital inputs on additional M- Series amplifiers, enabling integrators to use multiple amplifiers and assign input signal routing as needed.

The Director M-Series is expanding with the addition of two new models including a 1U, 8- channel solution called the M4800 in the coming weeks. All models are capable of 100 watts per channel at 8 Ohms, 200 watts at 4 Ohms and 400 watts bridged. M-Series amplifiers offer powerful DSP-based functionality along with AudioControl’s legendary sound quality, and can be used either as a standalone matrix-amplifier or as part of a 3rd party control system from companies including Crestron, Savant and Control 4. 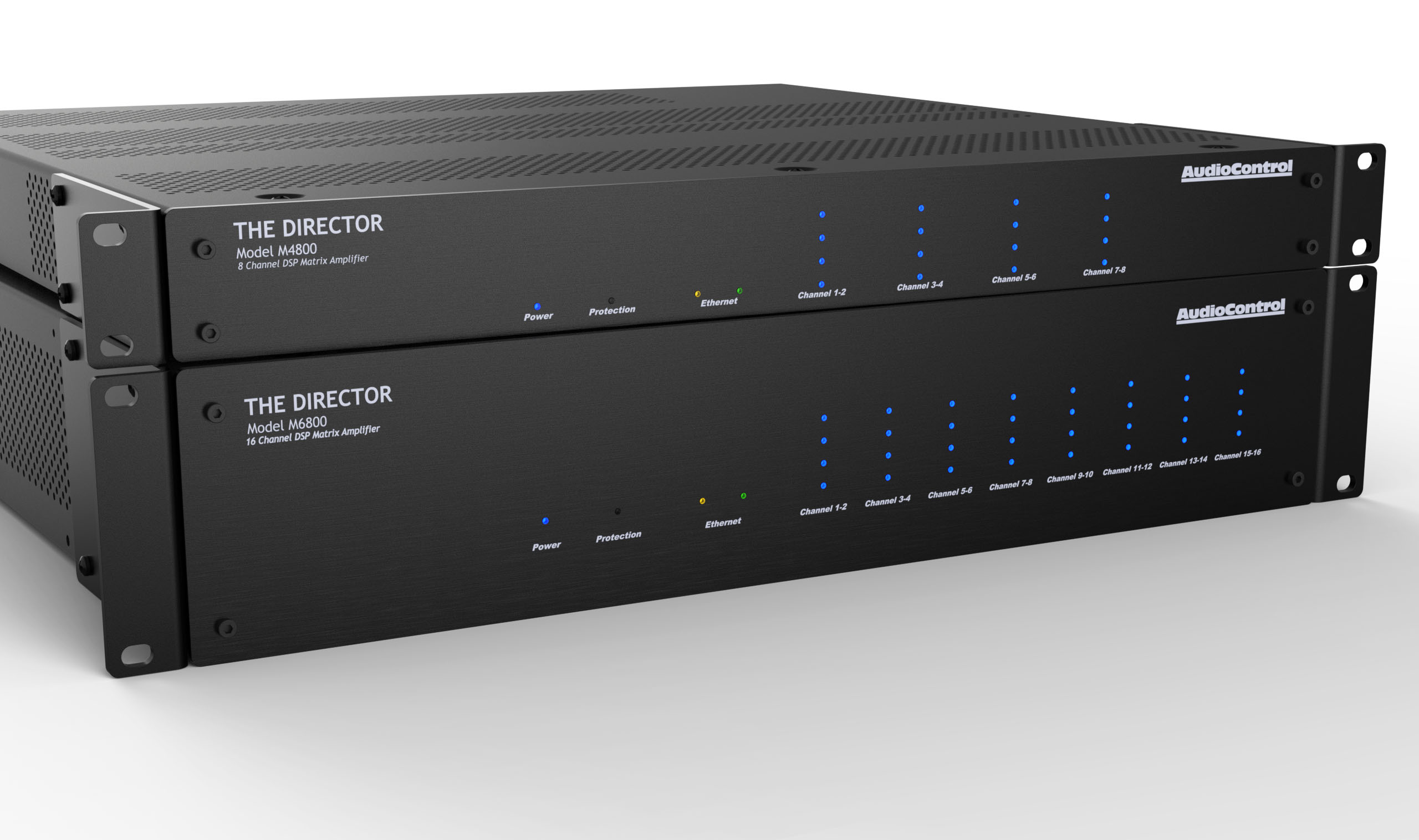 For more information or to become a member of the AudioControl Sound Partner Program, contact Brandon Cook at brandon.c@audiocontrol.com or (425) 977-4985.

The Architect ‘P’ Series superbly complements AudioControl’s popular high-power Architect Multi-zone amplifier series with an industry leading 100 Watts RMS per channel solution, skillfully engineered into a 2U Chassis. These new models are available with 12 or 16-channels and are designed and manufactured in the USA exclusively for the custom-installation market. Both models are available with or without AudioControl’s legendary equalization controls depending on the needs of the project.

“Our dealers love the power, features and the flexibility of AudioControl amplifiers including a focus on installer friendly features, including equalization, bussable inputs, and ground isolation jumpers“, explained Chris Kane, VP of Sales for AudioControl. “The new Architect P series offers even higher power levels plus digital audio inputs all designed into a compact 2U chassis. This will allow dealers to sell even better speaker systems while taking up less rack space! We even include a new security cover that attaches to the chassis magnetically. When our dealers speak, we listen.”

The Architect ‘P’ series comes with AudioControl’s legendary 5-year warranty and is available exclusively to the residential custom-install and Pro-Audio markets through AudioControl authorized dealers.

AudioControl’s new AVR-7 and AVR-9 receivers deliver a visually stunning entertainment experience, designed by a company with nearly 40 years of making some of the best audio and video products in the world.

AudioControl Home Theater products are NOT available for sale on the internet but ONLY through authorized custom installation professionals and authorized dealers of AudioControl products.

Behind the striking contemporary visual design, the Concert AVR-9 and AVR-7 benefit from the high-end audio performance that AudioControl is renowned for. The AVR-9’s powerful high-current 7 x 200 watts per channel theater amplifier creates a truly incredible audio platform that turns watching a movie in your living room, media space or theater into a movie lover’s ‘nirvana’.

The Concert AVR-7 also benefits from the same high performing audio and video platform as the Concert AVR-9, powering its seven-channel amplifier at 100 watts per channel into 8 ohms.

To complement the high performance of AudioControl’s new Concert receiver platform, AudioControl is introducing DIRAC LIVE room correction on to all of its home theater products providing one of the most effective and flexible room calibration systems available today.

AudioControl’s Concert AVR Receivers are designed exclusively for the custom install channel. They have Ethernet connectivity and RS232, and are compatible with leading control systems like Control4, Crestron, RTI and Savant. Both models have the ability to scale to any resolution standard or high definition sources where required. The audio platform builds upon AudioControl’s legendary audio reputation with powerful, dynamic, audiophile amplification supported by the best in room correction through DIRAC LIVE.